At 2pm on a warm summer day August 10th, 1993, tragedy struck a restaurant, a town and two families whose lives were changed forever. My brother and I were 8 years old at the time. Every day after school we would walk to grandma and grandpa’s house where they would take care of us when our mom was at work. My brother and I were in the basement playing when the phone rang.

“Hello, is Ann or Leon there? There has been an emergency and we need you to get to the hospital right away!”

In a panic, my brother and I were rushed out of the house where we sat in the neighbor’s living room anxiously wondering what was going on. Hours passed as we received little communication on the situation from the neighbor.

My mother was leaving work on her lunch hour as she always did. She intended on meeting her sister, Sandy, at the McDonald’s across the street from her office for lunch. Normally she didn’t go home during lunch but on this day she did because she wanted to check the mail. On her way back to the McDonald’s fear overcame her as she saw police officers pointed at the building, fire trucks, ambulance and yellow caution tape blocking all entrances. Immediately she knew something was wrong and remembered that Sandy was meeting her there for lunch. 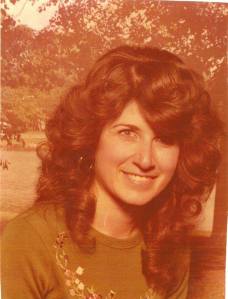 Aunt Sandy ran her own hair salon called Lords and Ladies only blocks away from the McDonald’s. So immediately my mother went to the salon on the prayer that Sandy had not left yet. As soon as she got there and found out her sister wasn’t there, panic set in. As my mom made her way back to McDonald’s to see if there was a way to find out what was happening, a police officer approached her and told her that Sandy had been shot and she needs to get to the hospital now.

A man by the name of Dion Terres was a criminally insane man. Reports and video footage indicated that Terres, 26, wanted to be known as the man who was one of the worst serial killers in the country’s history. Notes were later found revealing Terres plans to blow up a beach with the explosives that he had accidentally locked in his car. But on that August day, Terres walked into the side door of the Pershing Blvd McDonald’s in Kenosha and opened fire. His killing spree stopped there as he killed two people in the building and wounding a third before killing himself (after realizing he had locked himself out of his car.) And at 3:00am on August 11th, 13 hours after the shooting Sandy was pronounced dead.

We read about, hear about and watch these things in the media but to 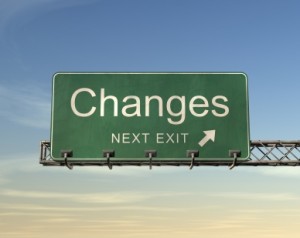 think it would ever happen to us is nonsense. But on that fatal day, our family was victim to murder. What does a family do when this type of tragedy hits? While the grieving process eventually passes in time, the fear, pain and anger never goes away. And yet, we hear stories like this all the time, of families who are victim to tragedy. We empathize when we hear sad stories but does it really move us enough to make any changes in our own life?

I didn’t write this to make you feel bad or mourn for this loss as this was many years ago and Aunt Sandy’s story and legacy is being written. Major crisis in a person’s life always forces us to reevaluate our own life as if to make changes based on purpose and priorities. There are so many lessons that can be learned during these turning points in our life. While there are many, these are some I choose to focus on each day:

It does not have to take a tragedy to realize that changes can and should be made in ones life. Unfortunately, very few people actually do it; then 2 years, 5 years, 10 years and 20 years pass and we ask ourselves, where did the time go? Tomorrow is not guaranteed; so why do we continue to act as if it is? What are you going to do today to create your life’s masterpiece? Don’t wait for a major turning point in your life to happen for permission to change. As Chris Brady says, “life has no rewind button, but it is being recorded.” Do you like the movie you are creating for yourself? Or the bigger question is, will you change before it’s too late?

29 thoughts on “Will You Change Before it’s Too Late?”